Jakarta 5 August 2020, KSP Sahabat Mitra Sejati held a special seminar for its employees with the theme “Business Process for Savings and Loans Cooperatives in Accordance with Legislation.” This seminar presented speakers from Bareskrim and the Ministry of Koperasi dan UKM RI each represented by Kombes Pol Drs. T. Widodo Rahino, S.H., M.H., M.Si. as Head of Sub Directorate of IKNB, Directorate of Economic and Special Crimes and Mr. Ahmad Zabadi, SH, MM as Deputy of Supervision of the Ministry of Cooperatives and UKM RI. Also attending the event were all management and supervisors of KSP Sahabat Mitra Sejati, as well as its core managers and other employees were present through the virtual meeting application by following the COVID-19 protocol.

This seminar is one of a series of activities held to welcome the 73rd anniversary of the Cooperative. KSP Sahabat Mitra Sejati wants to emphasize the importance of running a business in accordance with laws and regulations, which is the principle of Responsibility (Compliance) as one of the 5 Principles of Good Cooperative Governance, namely Transparency, Accountability, Responsibility, Independency and Fairnes. The implementation of good cooperative governance is very important as a process to maintain the long-term business continuity of KSP Sahabat Mitra Sejati. 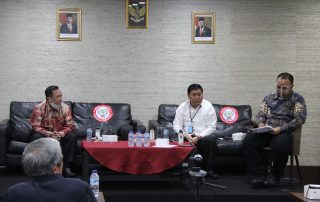 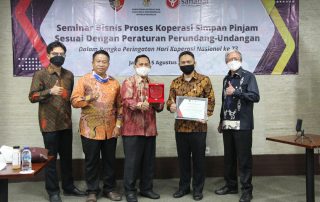 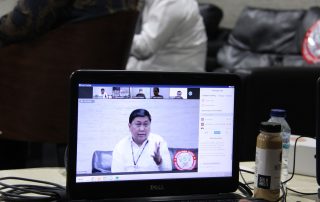 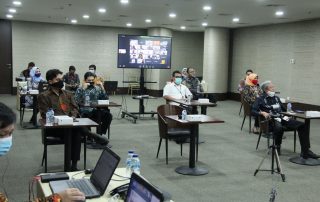