Left a Pharmaceutical Company to Expand His Bread Business

Mr. Bahar was a sales staff in a pharmaceutical company for 5 years before he switched career into a baker. This business was driven by the complaints from the shops around his home who said that they needed breads with varying flavors. That was the reason why Mr. Bahar chose to start the business. He tried to start a bakery that produces breads with better taste than the others. In November 2011, although he hasn’t mastered any bread recipe, it didn’t discourage Mr. Bahar to be independent. He invited his friend who was working at a bakery to help him in his new bakery. Afterwards, his friend accepted his invitation.

Surprisingly, Mr. Bahar’s breads got many positive reviews.Orders came from the shops around his house. Within a short time Mr.Bahar’s breads dominated the shops in Enrekang Regency. Even now Mr. Bahar’s breads have covered 3 regencies. This is a great achievement for Mr. Bahar. After 8 years running the bread business, Mr. Bahar casually encountered unforgettable experiences. Often, he received orders with unreal quantities, even though he only had traditional machines at that time. This drove him to add a new modern machine, in order to produce more breads than usual.

Mr. Bahar then Join as member of KSP Sahabat Mitra Sejati In 2017, Mr. Bahar received a business loan from KSP Sahabat Mitra Sejati. His wish to own more modern machines was finally While holding tenacity, perseverance, and positivity firmly, Mr. Bahar’s bakery soars higher. His friend, who had worked as a chef in a mall, quit his job. He preferred to work as Mr. Bahar’s partner. Ever since Mr. Bahar has entrusted him as the chief of production. 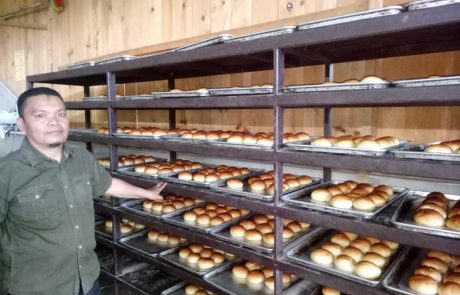 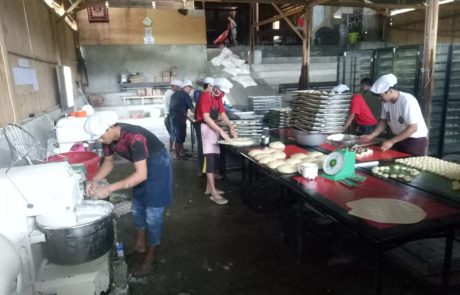 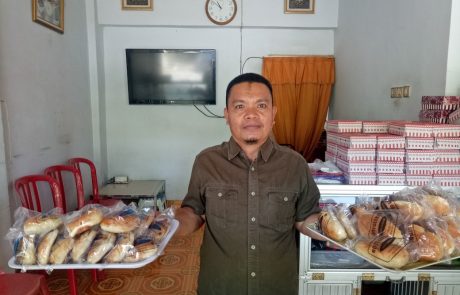